If you haven’t already removed Adobe Flash Player from your Mac, now is a great time to do this. Adobe Flash was once the primary format for animations and video clips on the Web, but Apple never permitted Flash on their iPhones and iPads. I believe this marked the start of the shift away from Adobe Flash player about 10 years ago.

Three years ago, in July 2017, Adobe announced that it would retire Flash Player. Flash’s retirement has arrived. Adobe will stop distributing and updating Adobe Flash as of December 31, 2020. Thus, since the middle of 2017, the writing has been on the wall for any web site developers who hadn’t already removed Flash from their website to do so now. 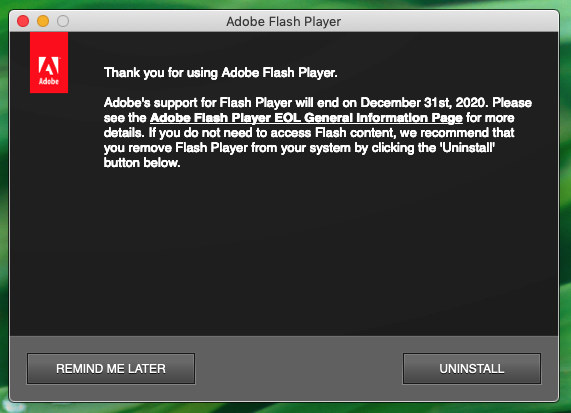