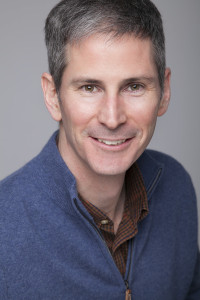 Ever since Tim Hannon met his first Macintosh in 1984, he’s been hooked. Skilled in supporting all versions of the Mac operating system and every Mac model, Tim has the rare ability to explain the technical in plain English. He relishes the challenge of a complex problem, yet equally enjoys teaching novice users about application features and keyboard shortcuts that enhance their productivity and efficiency. What’s more, he’ll involve you as much — or as little — as you’d like in the process. Want Tim to come in and just fix the problem? He’ll let you know when you’re back up and running. Prefer to glean insights from his vast knowledge? Then pull up a chair and let him empower you to troubleshoot future situations.

Tim founded Sound Support in 1998 and has over 20 years of experience supporting Macintosh networks. His career started at Princeton Regional Schools in New Jersey and then he lead a team of computer consultants while at the University of Washington. He earned a BA from Brown University in American Civilization. Read his resumé.

On larger projects, or when services outside of his focus are required, Tim collaborates with a network of colleagues who all share the highest level of expertise, dedication and passion for their work.

When not working on Macs, Tim enjoys sailing, running and watching Nova.

Tim is actively growing his business on Whidbey Island. He hopes to attract customers in Clinton, Coupeville, Freeland, Greenbank, Langley and Oak Harbor.

Tim works closely with Jim Emery of Elakha Mac. Jim provides integral support for the operations of Sound Support and monitors our proactive alert system. He has extensive Mac knowledge so he can provide you with some quick Mac support by phone, email or remote support.

Tim Hannon is a pro.   I needed to immediately replace a a broken Mac Book Air, and in the space of about a week, the new computer was in hand and the entire hard drive of the old computer was transferred to the new one.  With a couple tweaks, everything was running flawlessly. Tim is a clear communicator and rigorous with his follow-up notes and clear written next steps coming out of every interaction.  I am a happy customer.”